Do it Right to Avoid Back Ache 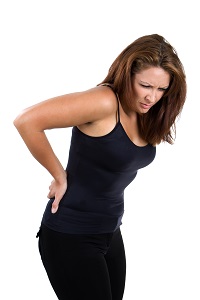 Back pain can be caused by a myriad of reasons and unfortunately many people inadvertently increase the amount of pain and damage by performing exercises improperly. While most exercise regimes are designed to decrease the amount of back pain, if proper attention is not paid to form, function and stance, you can easily do more damage, some of which cannot be rectified.

Abdominal Exercises
By far, these exercises are among the most improperly done and can seriously increase the pressure, pain and stress placed on the back if one is not careful. Because ab exercises are tedious and difficult, most people use their backs and necks when performing them rather than using their abdominal muscles as they should.

The abdominal muscles are the toughest to train and often when we are doing these exercises we are calling on other muscles that are more dominant to assist in the regime because the core muscles in the stomach are lazy. When this is done, all the other muscles are overworked and the pain and or damage to those areas are heightened.

Contrary to what was originally recommended, keeping your back flat against floor while pulling up your body is not always the way to go and in fact can pull on the lower back area and fatigue it quickly. Instead it is now recommended that before doing any abdominal exercises that you allow a little bit of space to occur between your lower back and the floor. This is more aligned with the natural curve of your body. The area that should remain in place is your hips as well as your upper back. By steadying these areas, you are benefiting from the additional support of those muscles and not compromising your back.

Lifting Weights
Weight lifting can also be dangerous for those with bad backs and when not followed properly can cause back injuries. We often rely on the muscles in the back to compensate for weaker muscles elsewhere and in doing so, place too much strain and pressure in that area.

Those with existing back injuries should limit the amount of weight they lift in general and stick to lifting that is done while lying on a bench as this will support the area in general and you are less likely to rely on those muscles.

If you do want to incorporate some standing exercises be sure that you use your legs for support and additional strength instead of your back. Keep your feet firmly planted on the ground and when bending, keep the back straight, lifting straight up to the ceiling with your arms locked by your side. Otherwise the tendency is to lean over or forward (putting strain on the back) or worse, to lift with the back instead of the legs which will definitively cause injuries over time.

Swimming
Swimming is a great way to strength train and burn calories. The water will absorb much of the weight which is a good thing for the back. However, a great number of people who swim also do so incorrectly by using too many strokes too quickly. This can cause the back to strain along with other muscle groups.

If you already have back pain it is best to avoid strokes such as the butterfly or forward crawl as these are performed quickly and they also place the most amount if strain in the back area. Instead rely on slower, less deliberate moves such as the breaststroke.

Yoga and Pilates
Both of these ancient practices are phenomenal for the body but when done improperly can cause the body to sustain damage. This is particularly true of the back area since the regimes center on using the body and poses as its own tool to strengthen the muscles. Yoga and Pilates should always be done slowly with careful attention being paid to your form. You have to be aware with each pose and move where your body is and ensure that you aren’t over exaggerating the moves.

There are many classes that are specifically designed for those with back pain but taking a few with an instructor first who can show you the proper moves and placements is recommended.

What Are You Doing Right Now?

Food Combinations For A Healthier Lifestyle